Back to all posts

The impact of human population on wildlife:

Scientists have now classified this age of immense biological change and crashing species’ populations, brought about by humans as the Anthropocene Age.  Please read more from The Center for Biological Diversity: The Top Ten U.S. Endangered Species Threatened by Human Population

This video illustrates the impact of human population on wildlife: 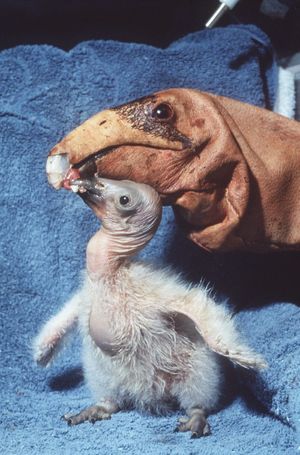 Birds aren’t having a good week. A new study found that North America has lost more than a quarter of its bird population in the past 50 years. Populations in all habitat types except wetlands have declined. And there were losses in nearly all types of birds.

As bird populations have declined, human population has ballooned, along with our demand for food and other resources. This isn’t a coincidence.

Important bird habitat, like grasslands, has been converted into agricultural land. The pesticides used on crops are also to blame. Urbanization, especially in coastal areas, can pose another threat as cities expand and new developments crowd out bird populations.

This has all added up to catastrophic declines for most bird species — except for waterfowl and raptors, which have actually experienced population growth in the past half century.

So, what do these birds have going for them that others don’t? How are they bucking the trend of decline? These species aren’t specially adapted or doing something distinctive to survive. Despite the human-caused threats these birds face, they’re thriving because humans have committed to helping them.

Conservation efforts like protected wetland habitat have helped ducks and geese. These protections came about because hunters spoke out to ensure populations were healthy.

Raptors like iconic bald eagles have bounced back after important protections like the Bald and Golden Eagle Protection Act were put into place and after the toxic pesticide DDT was banned in the United States. And California condors are the poster-children (poster-chicks?) for captive breeding programs.

Conservation success stories like this are crowd-pleasers because they’re nice reminders of how we can work together to fix the problems we’ve caused. But these programs are only successful when there is still enough habitat left to release species back into.

Human population growth is a main driver of habitat loss. With more people, we need more space and resources to support them, and wildlife pay the price.

One of the most successful ways to address population growth is to reduce unplanned pregnancies and support reproductive healthcare. Nearly half of all pregnancies in the United States are unplanned, but with better sex education and universal access to all forms of birth control, we can ensure everyone has the ability to choose if and when they want children.

How Will We Feed Everyone?

As our population continues to grow, the most pressing question for humanitarians, environmentalists, and economists is, “How will we feed everyone?” There are a number of complex sociopolitical factors tied into the response, but one thing is clear: We can’t sustain the world on the average American diet. This is a key scenario where population, consumption, and production converge.

Americans eat more meat per capita than almost anyone else in the world. The greenhouse gas emissions, land use, habitat destruction, and pollution from our industrial agriculture system reach far beyond individual farms. But it’s not just the by-products of our meat addiction extending beyond our borders. Our taste for meat has also spread, leading to rising demand for animal products in other countries. In some areas, meat is moving from being an additional source of protein where better nutrition is desperately needed to the unhealthy, unsustainable territory of American-style overconsumption. To meet the new demand, damaging industrial production systems are expanding into new areas — it’s estimated that 75 percent of global meat production from now until 2030 will come from factory farms in developing nations.

Rather than exporting meat products and the factory farm industry for shortsighted financial gain, we need to look at how we can foster healthier, more sustainable diets on a global scale.

There’s been a long-standing hope that we’ll have another Green Revolution to feed our growing population — in other words, that technology will save us all. But technology alone can’t solve the global crises we face today. Unless such technology is guided by the long-term, best interests of people and the environment, we wind up with “advances” like intensive animal agriculture and genetically engineered monocrops that decimate wildlife populations to grow food for livestock.

The solution to this surge of meat-dependent diets — like the solution to high fertility rates — isn’t to place blame on one population or another. It needs to start in our own backyard, reducing our own meat consumption and reforming our food system. Rather than exporting meat products and the factory farm industry for shortsighted financial gain, we need to look at how we can foster healthier, more sustainable diets on a global scale. Beyond this, we need to increase global resource equity by reducing consumption in wealthier nations so the planet can sustain the increased consumption developing nations need to improve health and opportunity.

It’s not just our food systems tangled in the web of population, consumption, production, and equity. As population grows in developing nations, there’s a desperate need for more reliable energy systems to meet basic needs — including the necessary sanitation, refrigeration, and transportation to provide the voluntary reproductive health care services that would help lower fertility rates. This energy equity must be achieved by leapfrogging the polluting technology of the Industrial Revolution with cleaner, more efficient sources; at the same time, wealthier nations need to reduce consumption while shifting to less damaging renewable energy systems as quickly as possible. As population grows, so will consumption and production of many things that are already devastating the environment, from energy to electronics to pesticides to plastics. It’s not a question of who does and doesn’t get to consume, but how we can continue to improve the quality of life worldwide while respecting the planet, the species we share it with and each other.

But before any of that real work can start, we first need to erase the false lines dividing population, consumption, and production that should have been dismissed decades ago. With climate change snapping at our heels — drastically changing the shape of coastal communities, agriculture and ecosystems — we can’t afford to waste any more time on scapegoats.